Twitter churns out prophets faster than a cash register. So everyday I see a parade of people who have “never done” offering advice to those who “should be doing”.

I don’t pay much attention to these guys and gals as their material rarely means anything to me but last night I saw a tweet from Danny Schawbel and I just had to get involved. Here is it:

@DanSchawbel: You have to be as committed to your social media profile as you are to your husband or wife.

For those of you who don’t don’t know Danny, he’s “the leading personal branding expert for Gen-Y”.

That should tell you two things. He’s into advertising and he’s young.

Now branding is the art of authenticity, right? It’s all about presenting the most memorable, most hireable you. No fluff allowed. So anything Dan says is sincere.

But, face it, friends, he’s still a young guy. I asked him. “Dan, are you married?” and he said “Single”, of course. And how could it be otherwise? No sane man who was married more than a few days would say that personal branding required the same commitment as a marriage. In fact, no sane man would say that who has a regular girlfriend.

So I challenged him:

@Jerry_Albright: Sorry Dan – that is absurd. U must be running out of stuff 2 say. SM commitment requires the same as marriage?

He didn’t back off.

@DanSchawbel: the magic word is commitment 🙂

But he should have.

Friends, I’m sure Dan’s a great guy. I’m sure many should listen to a lot of what he says. But not everything. I follow the doers not the talkers. The people who walk the walk. Remember the old saying? The pundits preach but the caravan moves on. And so should you. 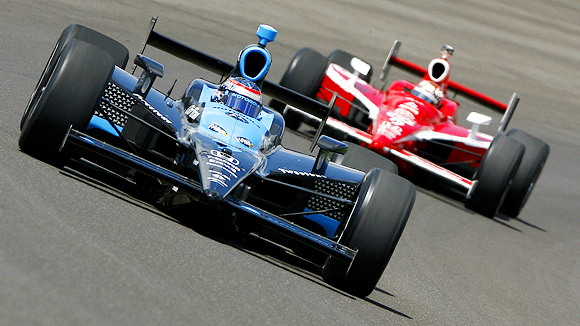 “It’s kinda like a race – but without cars and stuff.”

This is how my soon-to-be 9 year old son summed up what my day looks like today. I was grabbing my first cup of coffee (trying the Hawaiian Kona from Sam’s Club – first bag – it’s kind of mild…..) and he asked me what was happening.

He’s seen me in action enough to understand what I do. (He’s either going to follow in my footsteps or be an astronaut.)

When he asked “Why are you in a hurry” it was a great chance for me to bring our real lives in as an example which I just love to do!

“Son – remember a while back when we went to put new tires on the truck?”

“It sure was. But remember how the guy had to check to make sure they had the tires I wanted ‘in stock’ before he could ring up the sale? And as soon as he typed into his computer – the computer let him know there were 4 available?

“Well – guess what? That company called me yesterday. They use a particular software on their computers to keep track of all that stuff. It’s called JD Edwards.” I could see he was getting the picture. He knows what software is – and that the people I work with are experts at it. I went on to further explain “They have some stuff they need someone to come in and work on. It will help their computers work better – and it’s really important. They aren’t going to hire someone – they just want to ‘borrow’ somebody for a few months. If I can locate a contractor with that very specific background – then the very place we bought tires from will then be a customer of ours. Isn’t that cool?”

I could tell he was soaking it all in.

I wrapped up my short explanation of why I was in a hurry. “The thing is though – since this will be the first time I’ve worked with this tire company – there are a few other recruiters like me who are also hurrying this morning too. We’re all trying to be the first one to present a qualified candidate to them.”